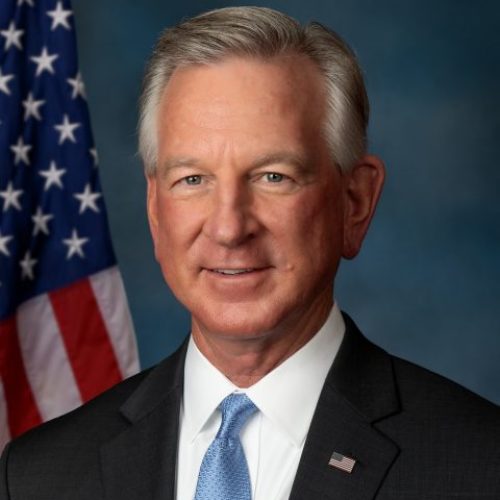 F
Very Poor
--
Not in office when Texas amicus brief was signed
Objected to certification of electoral college votes in one or more states
Made false and/or irresponsible public statements against democratic system
Voted against impeachment or conviction of Donald Trump for inciting an insurrection
Voted against creating an independent commission to investigate the Jan. 6 attack
--
Did not vote on holding Steve Bannon in contempt of Congress

Sen. Tommy Tuberville serves as the junior senator from the state of Alabama.

Though he had no issue with his own electoral victory, Sen. Tuberville tweeted on Nov. 5 that “the election results are out of control. It’s like the whistle has blown, the game is over, and the players have gone home, but the referees are suddenly adding touchdowns to the other team’s side of the scoreboard.”

Sen. Tuberville made clear his intentions to object to the certification of the 2020 presidential election results before he was even sworn in. In December 2020, he said, “You’ll see what’s coming. You’ve been reading about it in the House. We’re going to have to do it in the Senate.”

During the Jan. 6 insurrection, Sen. Tuberville received a phone call where he informed Donald Trump of Mike Pence’s evacuation from the Capitol. “Mr. President, they just took the vice president out, I’ve got to go,” Tuberville recounted. Despite saying this to reporters, Sen. Tuberville called the conversation “hearsay” and failed to hold Trump accountable by voting to acquit him. Sen. Tuberville’s F grade is well-earned for his failure to stand up for democracy.