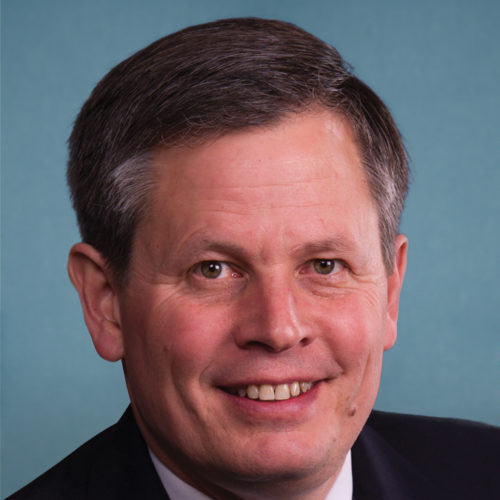 Sen. Steve Daines serves as the junior senator from the state of Montana.

As votes were still being counted, a spokesperson for Sen. Daines stated that “claims surrounding a lack of election oversight and transparency are alarming, and that any candidate has a right to challenge the count and process.” Sen. Daines also supported Donald Trump stoking lies about the election, stating that the Trump campaign is continuing to “expose voting irregularities.”

Sen. Daines planned to object to the 2020 Electoral College results, saying in a Jan. 2 statement that “there have been continued reports of irregularities with signature verification, different rules for mail-in ballots versus in-person ballots, delayed receipt of ballots, inconsistent curing of ballots, a lack of meaningful access to the polls, the dispute process and counting process for partisan poll watchers” to justify his objection. The Jan. 6 attack on the Capitol forced him to confront the effect these lies had, and he said “we will not let today’s violence deter Congress from certifying the election” before voting to certify the results.