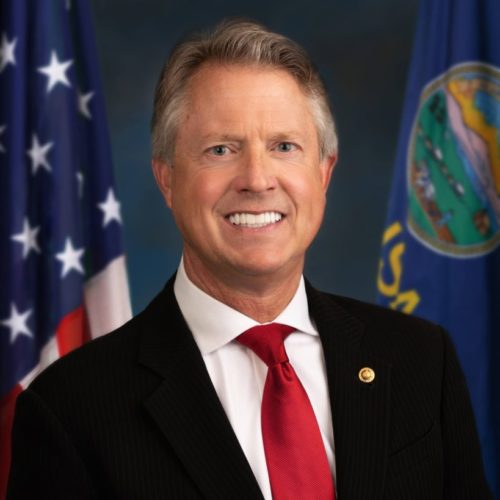 F
Very Poor
Signed Texas amicus brief
Objected to certification of electoral college votes in one or more states
Made false and/or irresponsible public statements against democratic system
Voted against impeachment or conviction of Donald Trump for inciting an insurrection
Voted against creating an independent commission to investigate the Jan. 6 attack
--
Did not vote on holding Steve Bannon in contempt of Congress

Sen. Roger Marshall serves as the junior senator from the state of Kansas.

In announcing his intention to object to certifying the 2020 Electoral College votes, Sen. Marshall joined a statement with other objecting senators baselessly asserting that the 2020 election “featured unprecedented allegations of voter fraud, violations and lax enforcement of election law, and other voting irregularities.”

Sen. Marshall also opposed impeaching Trump for his role in inciting the Jan. 6 attack on the Capitol, saying an “impeachment effort at this juncture will only raise already heated temperatures of the American public and further divide our country at a time when we should be focused on bringing the country together and moving forward.”