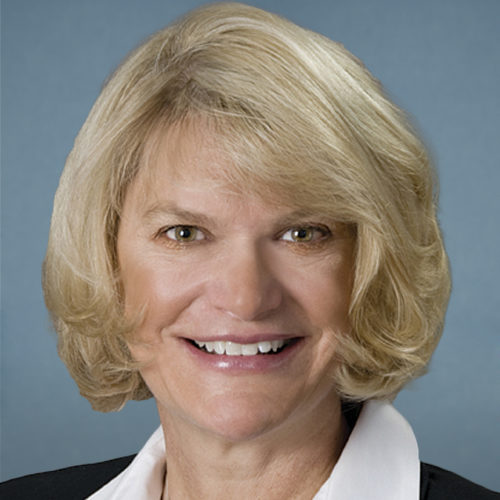 F
Very Poor
--
Not in office when Texas amicus brief was signed
Objected to certification of electoral college votes in one or more states
Made false and/or irresponsible public statements against democratic system
Voted against impeachment or conviction of Donald Trump for inciting an insurrection
Voted against creating an independent commission to investigate the Jan. 6 attack
--
Did not vote on holding Steve Bannon in contempt of Congress

Sen. Cynthia Lummis serves as the junior senator from the state of Wyoming.

Despite previously acknowledging the legitimacy of Joe Biden’s victory, saying that “some states clearly have a lot of work to do to clean up their elections but the Electoral College is above the fray that played out in certain states,” Sen. Lummis quickly flipped to opposing certification of the Electoral College votes. To justify her move to discount the will of millions of voters, she stated that she was “deeply concerned that the electoral votes of the Commonwealth of Pennsylvania were not ‘regularly given’ under Pennsylvania law.”

Sen. Lummis also neglected to hold Donald Trump accountable for his incitement of the Jan. 6 attack on the Capitol. She denounced having to participate in his impeachment trial, saying “we spent a week on a political sideshow to which we already knew the ending (acquittal).”