The Republican Accountability Project is launching a billboard campaign across House Minority Leader Kevin McCarthy’s district and calling him out for his lies about January 6.

After McCarthy denied reports that he held Donald Trump responsible for inciting the attack on the Capitol and asked Trump to resign, audio recordings of his comments proved he was lying to the public. We’re going to make sure he can’t simply brush off these revelations.

The billboards will run in six prominent locations in McCarthy’s district in California for two weeks. 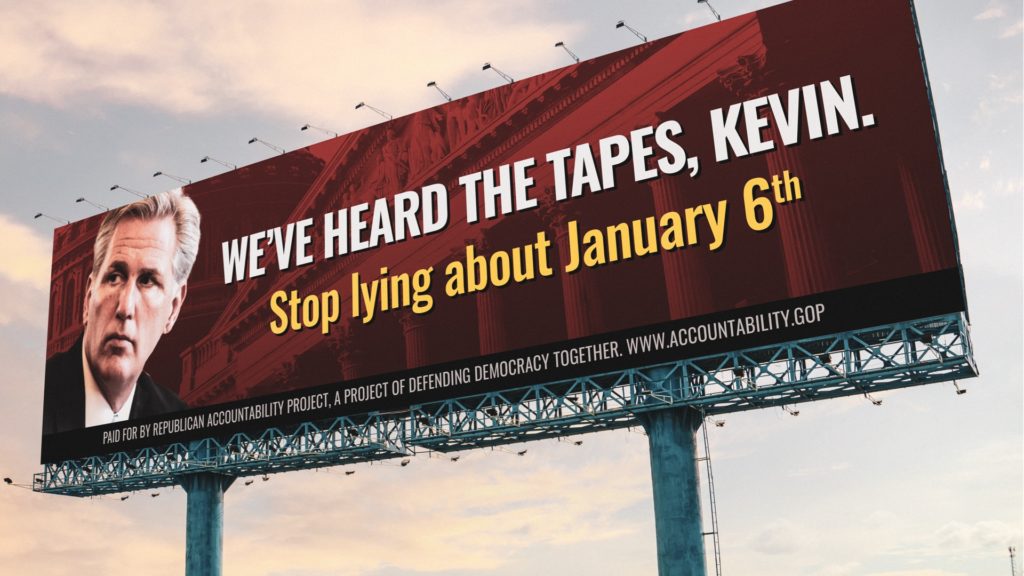