“What Else are they Hiding?” Billboard Campaign

The Republican Accountability Project is launching a billboard campaign calling for former President Trump and his allies, including Rep. Kevin McCarthy, Mark Meadows, Rudy Giuliani, and Steve Bannon, to testify before the House Select Committee investigating the January 6 attack.

As the committee uncovers more information about what Trump knew about the attack, the circumstances around how it was planned, and the larger plot to overturn the 2020 election, it’s more important than ever to get to the truth. The American people deserve answers.

About a dozen billboards will be featured in New York City’s Times Square, near the Mar-a-Lago Club in Florida, in Kevin McCarthy’s congressional district, and near Mark Meadows’s residence in Lake Keowee, SC. The billboards will be up for two weeks. 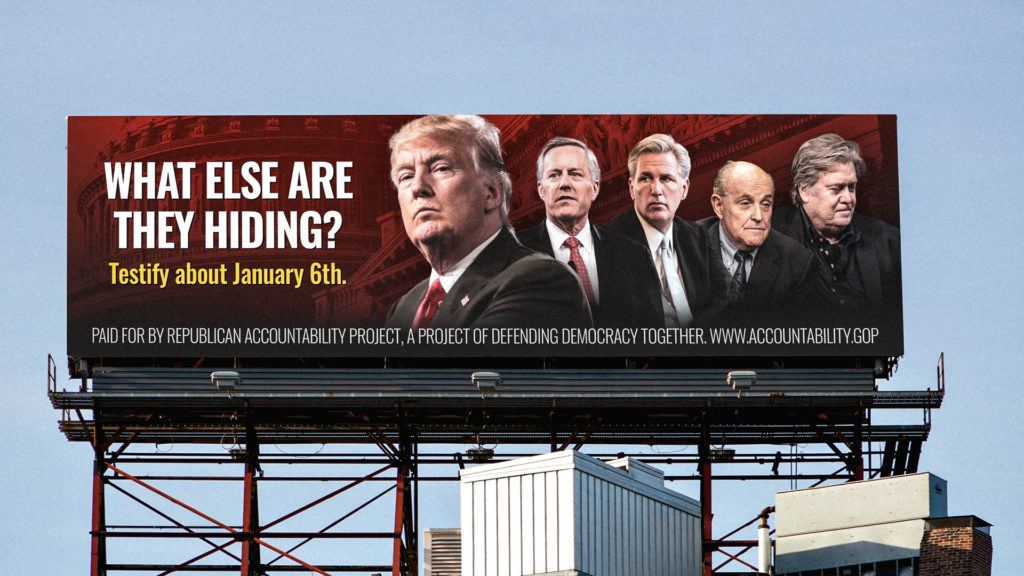