In February 2021, we launched a $1 million ad campaign in support of congressional Republicans who voted to impeach and convict Donald Trump. The campaign includes a mix of personalized television ads and billboard displays in the home states and districts of the 10 representatives and 7 senators.

When these principled leaders voted against a president of their own party, they upheld their oaths to the Constitution in the face of enormous pressure. Their integrity will undoubtedly be met with derision, vitriol, and possibly even threats from some corners of the party. This RAP campaign will ensure that they—and more importantly, their constituents—can see the immense support with which many Republicans greeted their integrity. 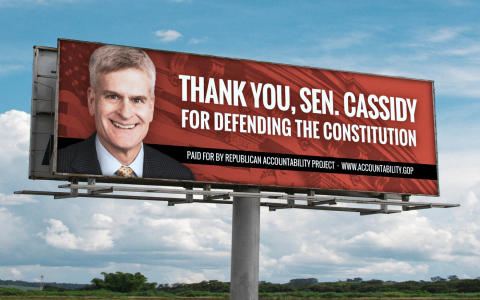 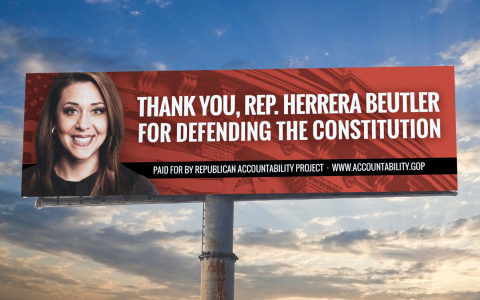 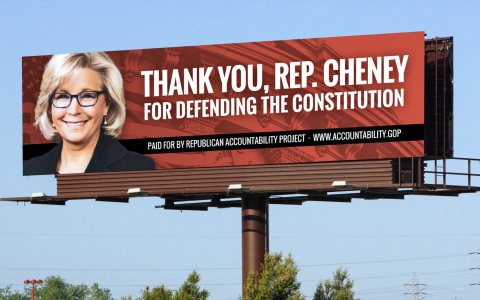 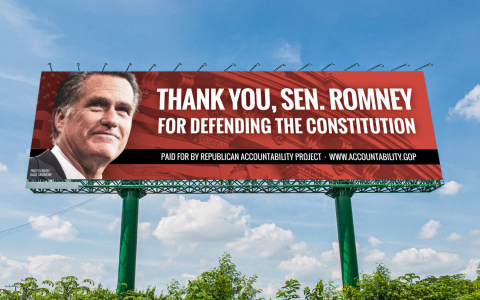 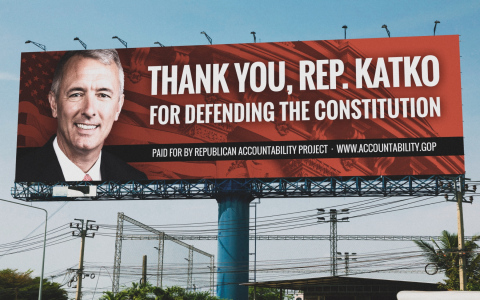 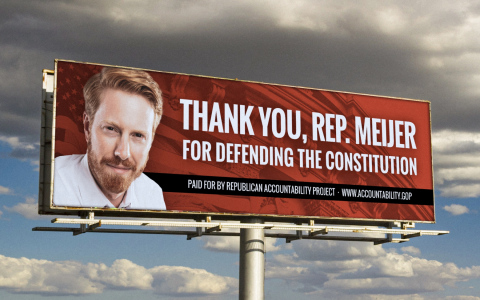 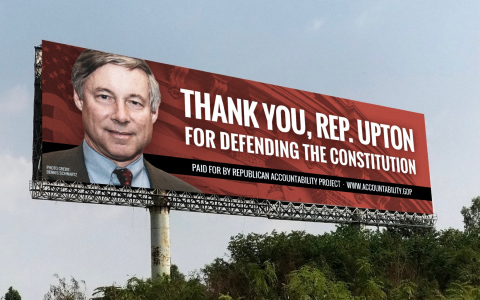 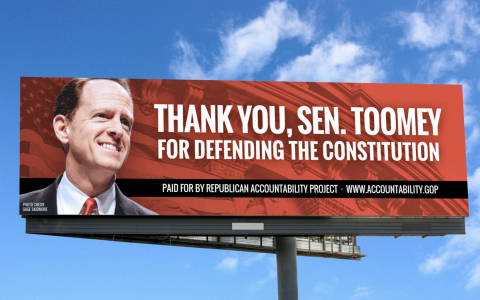 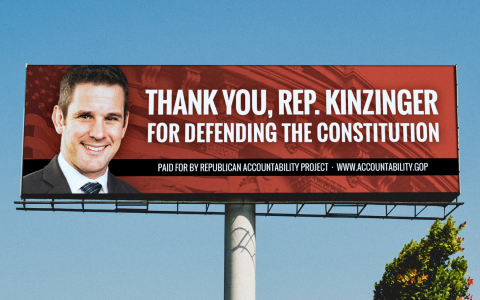 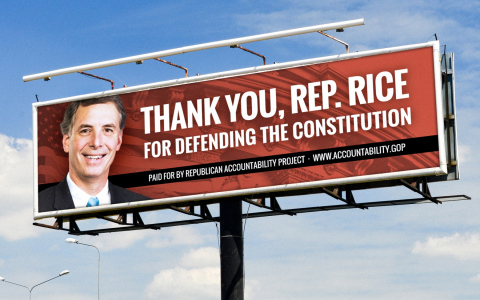 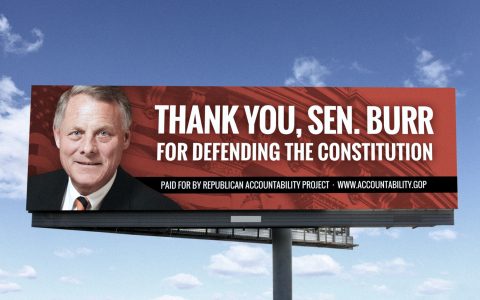 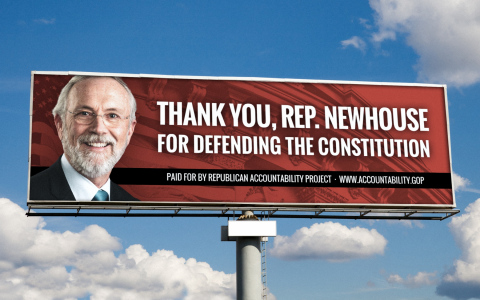 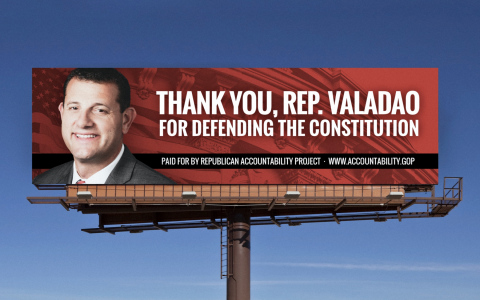 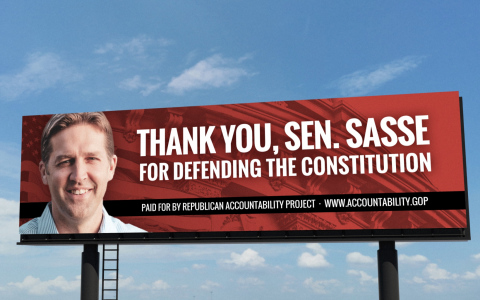 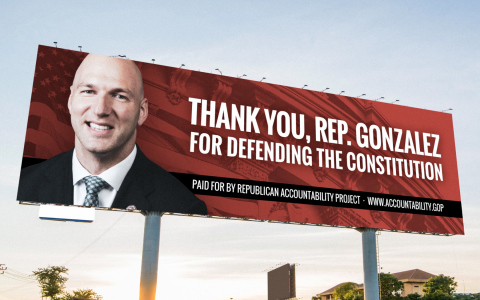