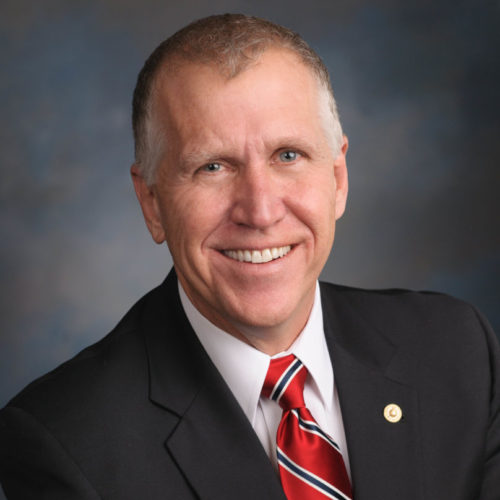 Sen. Thom Tillis serves as the junior senator from the state of North Carolina.

Sen. Tillis reluctantly acknowledged Joe Biden’s 2020 election victory, saying “he’s presumptive President. But I don’t want to discount valid, legal disputes that’ll be settled over the next couple weeks.” When all legal disputes were settled, Sen. Tillis also denounced efforts to overturn the results, releasing a statement saying “Congress should not overstep its Constitutional authority by overturning the results of states and the will of American voters, especially absent legitimate requests from states for Congress to intervene. It is a precedent we should not set.”

Sen. Tillis failed to join his fellow North Carolina senator, Sen. Richard Burr, in voting to impeach Donald Trump. Despite Trump’s incitement of the Jan. 6 insurrection, Sen. Tillis disguised his vote to acquit as taking issue with what Trump wasn’t impeached for. Ignoring Trump’s role in instigating the attack, Sen. Tillis said in a statement that the “most serious aspect of President Trump’s conduct was not necessarily what he said in the lead-up to the attack of the Capitol, but the leadership he failed to provide to put an end to it, and yet the House curiously chose not to file a charge or build their case around this point.”