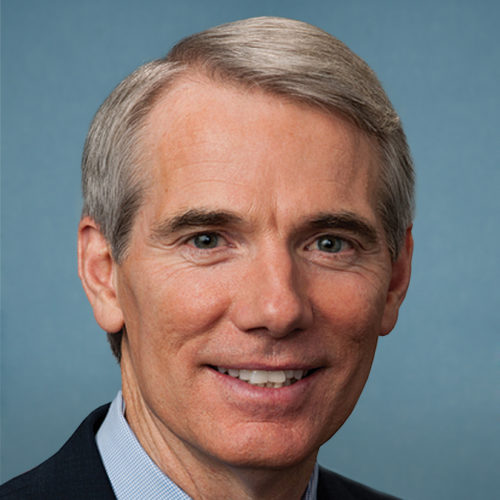 C
Mediocre
Did not sign Texas amicus brief
Affirmed certification of all states' electoral college votes
Made no public statements about the election, or was evasive
Voted against impeachment or conviction of Donald Trump for inciting an insurrection
Voted to create an independent commission to investigate the Jan. 6 attack
--
Did not vote on holding Steve Bannon in contempt of Congress

Sen. Rob Portman serves as the junior senator from the state of Ohio.

Sen. Portman initially indulged Donald Trump’s refusal to accept the results of the 2020 election, saying “right now, former Vice President Biden is leading in enough states to win the presidency. But there are still votes being counted. In this close election, President Trump has every right to insist that all legally cast ballots are counted.” He later backed away from this position, writing in an op-ed on Nov. 23 that “Donald Trump is our president until Jan. 20, 2021, but in the likely event that Joe Biden becomes our next president, it is in the national interest that the transition is seamless and that America is ready on Day One of a new administration for the challenges we face.”

He also vowed to certify the 2020 Electoral College results and rejected the theory that widespread fraud made the outcome illegitimate, saying “although there were instances of fraud and irregularities, it has not been shown to be widespread enough to change the result of the election.”

Despite this, Sen. Portman did not have the courage to hold Trump accountable for his incitement of the Jan. 6 attack on the Capitol. Instead, he demurred and justified his vote to acquit by stating “the question I must answer is not whether President Trump said and did things that were reckless and encouraged the mob. I believe that happened. The threshold question I must answer is whether a former president can be convicted by the Senate in the context of an impeachment.”