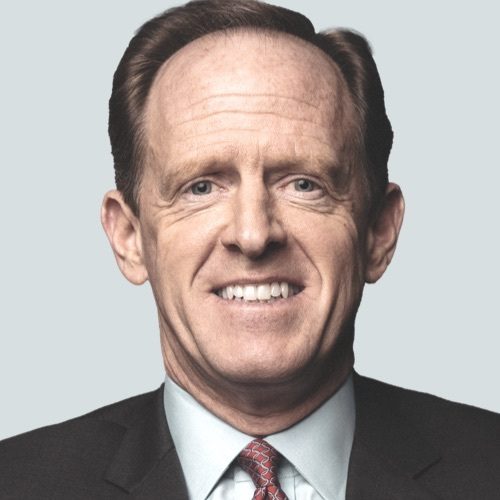 A
Excellent
Did not sign Texas amicus brief
Affirmed certification of all states' electoral college votes
Made statements that supported the integrity of American democracy
Voted to impeach or convict Donald Trump for inciting an insurrection
--
Did not vote on creating an independent commission to investigate the Jan. 6 attack
--
Did not vote on holding Steve Bannon in contempt of Congress

As a result of President Trump’s actions, for the first time in American history, the transfer of presidential power was not peaceful. A lawless attempt to retain power by a president was one of the founders’ greatest fears motivating the inclusion of the impeachment authorities in the U.S. Constitution.

His betrayal of the Constitution and his oath of office required conviction.

Sen. Pat Toomey has served as Pennsylvania’s junior senator since 2011. Prior to being elected to the Senate, he served in the House as the representative from Pennsylvania’s 15th district for three terms. After a Republican-appointed judge dismissed a frivolous Trump lawsuit in Pennsylvania, Sen. Toomey praised the judge before congratulating President-elect Biden and calling on Trump to “accept the outcome of the election.” As many of his colleagues started to talk of objecting to counting Electoral votes on Jan. 6, Sen. Toomey made his opposition known in no uncertain terms: “on Wednesday, I intend to vigorously defend our form of government by opposing this effort to disenfranchise millions of voters in my state and others.”

Shortly after voting to certify the Electoral College votes from every state, Sen. Toomey condemned Trump for inciting the mob that attacked the Capitol, calling on him to resign and to leave the party. “He’s disqualified himself. I don’t think he can be the Republican nominee [in 2024].” On Jan. 26, he voted against a motion that would have declared Trump’s Senate trial unconstitutional. On February 13th, Sen. Toomey honored his own oath of office and voted to convict Trump on the Article of Impeachment. 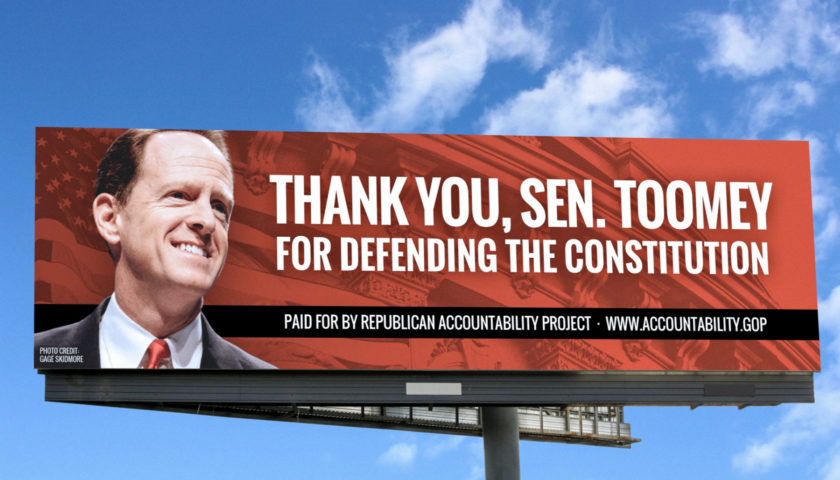 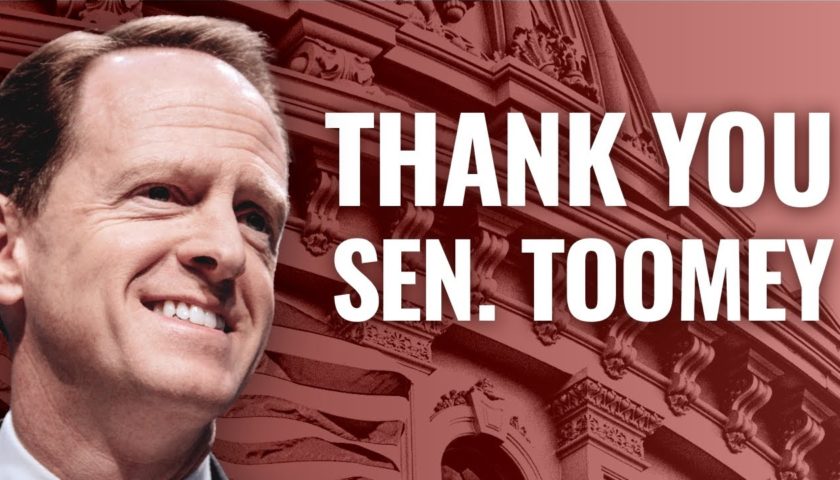 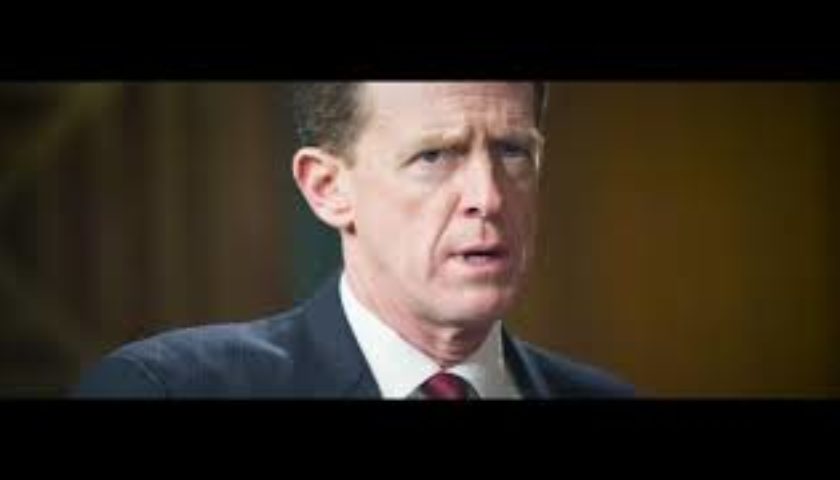