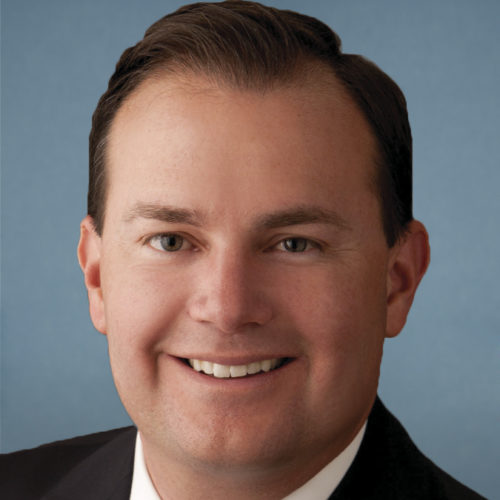 Sen. Mike Lee serves as the senior senator from the state of Utah.

Sen. Lee defended Trump’s legal challenges to the election, saying in late November we should “acknowledge that he has every right to verify the fairness and accuracy of the election,. Such efforts are not at odds with the electoral process; they are themselves part of the process.” He weakly conceded that Joe Biden was the legitimately elected president after the Electoral College voted, saying “absent new information that could give rise to a judicial or legislative determination altering the impact of today’s Electoral College votes, Joe Biden will become president of the United States on Jan. 20.”

After the certification of the Electoral College was disrupted by a mob incited by Donald Trump on Jan. 6, Sen. Lee failed to hold Trump accountable in his impeachment trial. He used semantic games to justify his vote to acquit, saying in a statement that while “no one can condone the horrific violence that occurred on January 6, 2021–or President Trump’s words, actions, and omissions on that day,” “the word ‘incitement’ has a very specific meaning in the law.”