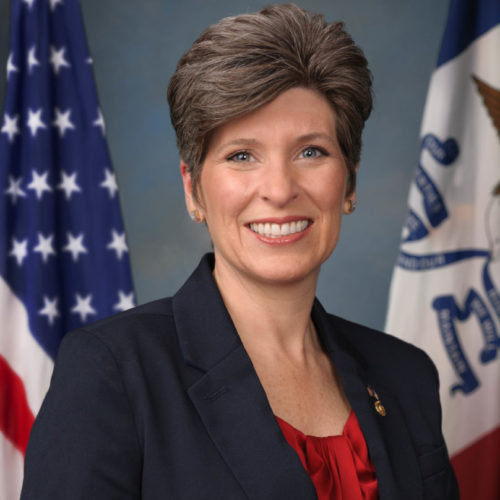 Sen. Joni Ernst serves as the junior senator from the state of Iowa.

Sen. Ernst remained largely silent in the face of many of Donald Trump’s false claims that the 2020 election was beings stolen from him. In response to a question about whether she agreed with Trump’s outrageous claims, Sen. Ernst gave a vague response, stating “I would say there does have to be proof” and that “I haven’t seen proof yet…I haven’t seen it personally.”  She was similarly vague about whether she would object to certifying the 2020 Electoral College.

After the Jan. 6 attack on the Capitol, Sen. Ernst stated she would oppose objecting to the election “objecting to the Electoral College vote count will not change the outcome. And, beyond that, the reprehensible violence we’ve seen in the U.S. Capitol today will not change the outcome.” She failed to hold Trump accountable for his role in planning the attack and vote to acquit him in his impeachment trial, characterizing the process as “a political tool to enact partisan revenge.”