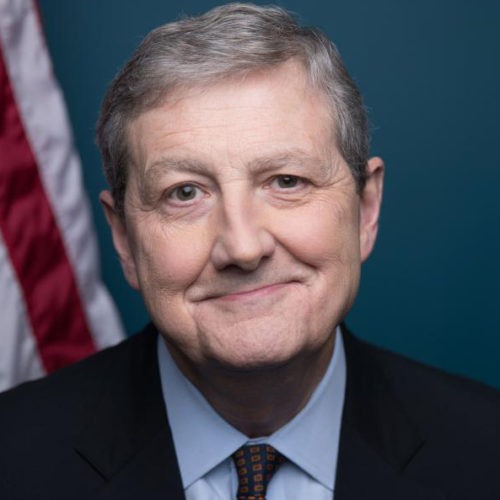 F
Very Poor
Did not sign Texas amicus brief
Objected to certification of electoral college votes in one or more states
Made false and/or irresponsible public statements against democratic system
Voted against impeachment or conviction of Donald Trump for inciting an insurrection
Voted against creating an independent commission to investigate the Jan. 6 attack

Sen. John Neely Kennedy serves as the junior senator from the state of Louisiana.

Sen. Kennedy was an early promoter of the idea that the 2020 election results were illegitimate, writing in December 2020 that ““I’m not saying that something DID happen, but I’m not so sure something DIDN’T HAPPEN. I’m thinking we may need to take a second look at those ballots and the legitimacy of this election.” He would later use this unfounded speculation to challenge certification of the results, saying in a statement that “the allegations of fraud and irregularities in the 2020 election exceed any in our lifetimes.”

Despite these lies building up to the Jan. 6 insurrection, Sen. Kennedy refused to hold Donald Trump accountable for his role in inciting the attack. He instead continued to obfuscate and lie, releasing a statement that “impeachment is not supposed to be political sport where one party seeks advantage over the other at the expense of the country.” By putting his loyalty to Trump first, Sen. Kennedy failed to defend democracy.