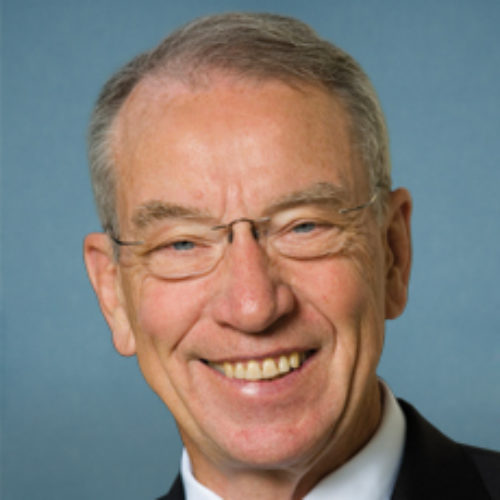 Sen. Chuck Grassley serves as the senior senator from the state of Iowa.

Sen. Grassley initially did not acknowledge Joe Biden as the president-elect, saying “Biden is ahead right now, so that’s all I can say, but when you’re going through a recount of 5 million votes in Georgia…I think it would be foolish for me to say he’s got it sewed up.” Though he qualified his refusal to object to certifying the 2020 Electoral College votes by arguing “Democrats are wrong to reject this discussion out of hand,” he continued that “anyone voting to object to any state’s certification of electoral votes is voting to disenfranchise an entire state.”

Sen. Grassley also acknowledged Donald Trump’s role in the Jan. 6 attack on the Capitol, saying “undoubtedly, then-President Trump displayed poor leadership in his words and actions. I do not defend those actions and my vote should not be read as a defense of those actions.” Unfortunately, he went on to say in his statement that he voted to acquit Trump and that the “House Managers still did not prove that he committed incitement to insurrection.” Sen. Grassley similarly did not prove his was willing to stand up for our democracy.