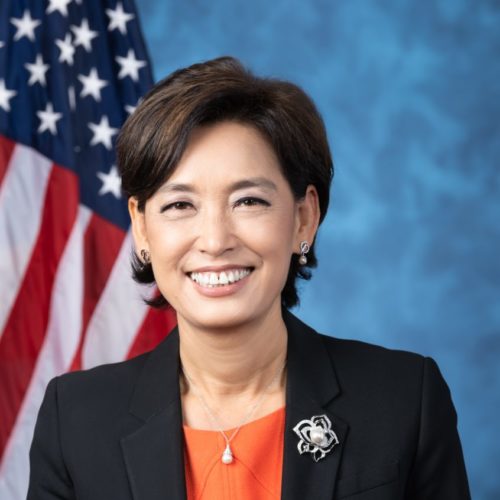 F
Very Poor
--
Not in office when Texas amicus brief was signed
Affirmed certification of all states' electoral college votes
Made no public statements about the election, or was evasive
Voted against impeachment or conviction of Donald Trump for inciting an insurrection
Voted against creating an independent commission to investigate the Jan. 6 attack
Voted against holding Steve Bannon in contempt of Congress

Rep. Kim did not object to the counting of electoral college votes in any of the states. However, when leadership from elected officials was needed to make clear that any claims of widespread voter fraud and voter irregularities were untrue, Rep. Kim was silent.

Rep. Kim also had no interest in holding President Trump accountable for his actions that led to the Jan. 6 insurrection and did not vote to impeach him. In a statement, she wrote that “Words matter. Both of our parties must set better examples for our constituents, the nation, and the world. We must condemn violence in all forms and be able to peacefully debate issues and have disagreements without being disagreeable or making personal attacks on one another. As Americans, we are better than this violence and must move forward.” Yet, she decided that impeachment was unnecessary.

Rep. Kim did not vote in support of the bipartisan commission proposal to investigate the Jan. 6 insurrection.