The Republican Accountability Project is launching a six-figure billboard campaign calling out House Minority Leader Kevin McCarthy’s refusal to testify before the House Select Committee on the January 6 Attack.

McCarthy was one of a select few individuals who spoke to Trump during the attack on the Capitol, and he openly called for an investigation into the attack just days afterward. Now, he’s changed his tune and is refusing to cooperate with the select committee’s investigation.

Fifty billboards are running in McCarthy’s district in California and on bus shelters around Washington, DC, almost all of which are live for four weeks. 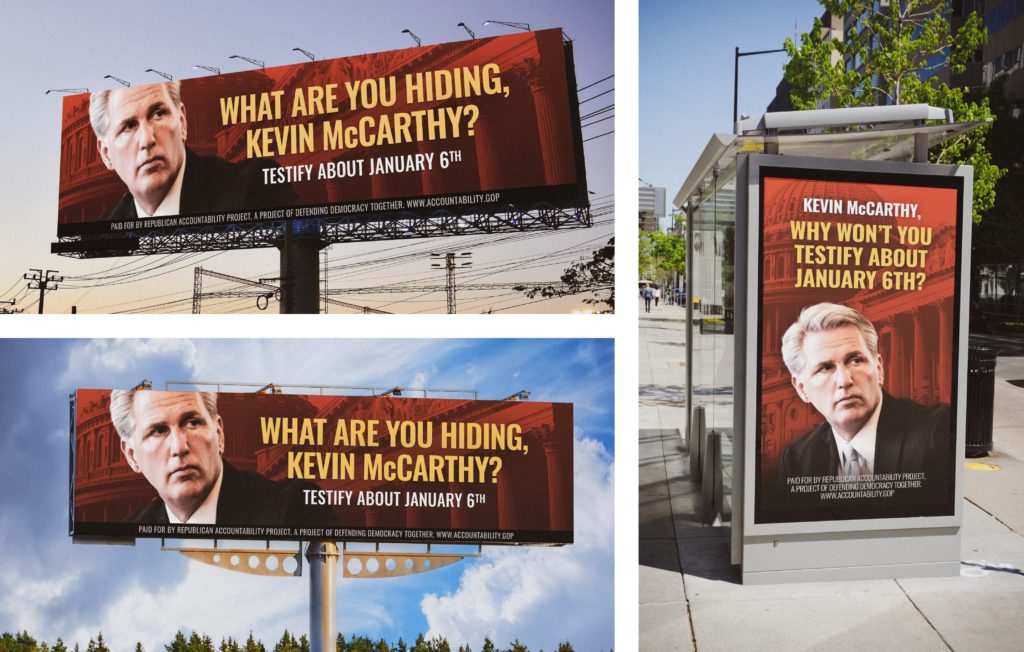